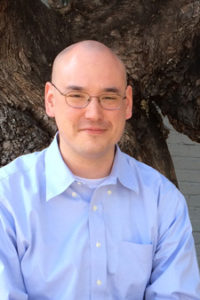 For the past 5 months, I have been volunteering with the Immigration Legal Services program in the Oakland office of Catholic Charities of the East Bay.  My interest in immigration law, and later my decision to volunteer with Catholic Charities, stems from my experience as a Peace Corps health education volunteer in Moldova. I had joined the Peace Corps because I wanted to develop a better understanding of the changes occurring in the former Soviet Union and my interest in serving others.  Much of my education came from sitting in kitchens and listening to Moldovans describe how the collapse of the Soviet Union had affected their lives.

Moldova, a small country between Romania and the Ukraine, was one of the independent countries that formed following the break-up of the Soviet Union.  Since then the country has struggled economically.  As a result, approximately a quarter of its population leaves Moldova in order to work abroad.  From listening to the Moldovans, I learned about what would compel a person to make the difficult decision to leave behind everything they knew in order to provide for their family.  This understanding was a major influence in my decision to attend law school with the goal of practicing immigration law.

In the fall of 2014, after completing law school, I began volunteering at Catholic Charities of the East Bay where I could improve my legal skills while serving others.  With Catholic Charities immigration legal services, I have gained valuable experience working with the legal staff and have developed a deeper understanding of immigration law. The legal staff navigates clients through the complex and ever-changing immigration system by explaining their legal options, assessing the possible consequences, and helping them pursue their chosen legal strategy.

The legal staff regularly works on a wide variety of legal issues.  They have successfully petitioned for immigration visas for the children, parents or spouses of immigrants living in the East Bay.  Through Deferred Action for Childhood Arrivals, the staff has enabled qualifying clients, who arrived in America as undocumented children, to no longer live under the fear of being deported from the home their families have made for themselves in our local community.  Staff members are helping cope with the surge of unaccompanied minors from Central America by seeking legal relief for unaccompanied minors who are now living with family members.

Last December, I stepped away from Catholic Charities in order to prepare for the California Bar Exam.  A week after taking the bar, I returned because I support the valuable work the legal staff provides to our community.  Additionally, I wanted to continue to work with the dedicated legal staff of Catholic Charities because assisting them has improved my legal skills and my understanding of the legal needs of the local immigrant communities.  Through the hard work of the legal staff, immigrant families in the East Bay have a real hope of successfully finding their way through the American immigration system.