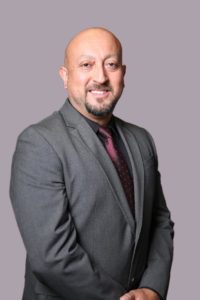 It is with much joy that I announce that Christopher Martinez has been selected as our new Chief Program Officer (CPO).

Christopher joined Catholic Charities of the East Bay in October, 2014 as Director of Legal Immigration Services. He is very passionate and committed to that work. Born in Guatemala, Christopher immigrated to the United States as a small child and always felt a calling to give back to the immigrant community that helped raise him. However, Christopher’s professional experience and commitment run much deeper and richer than just immigration.

Before he came to Catholic Charities of the East Bay, Christopher spent 17 years with Catholic Charities in San Francisco. In that time, he held various supervisory roles across a wide range of programs. He was also very active in community organizing and advocacy, leading the agency’s involvement in the fight for comprehensive immigration reform, organizing participation in marches and demonstrations in favor of immigrant rights, promoting the message of the Catholic Church with respect to the issues of domestic violence, and developing programs and services that provide hope to many immigrants surviving domestic violence.

Christopher’s selection is about more than experience and training alone. It is very clear to everyone who works with Christopher that he truly loves Catholic Charities, our staff, our community, and the clients we serve. He is passionate and committed to our mission. He also brings strong leadership, innovation, and visionary skills and ideas for expanding our programs into the community. We are blessed that he will continue to share that gift with Catholic Charities of the East Bay. 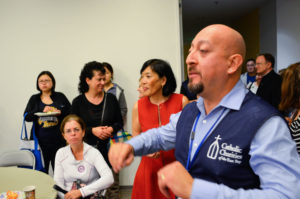 Christopher is a passionate, tireless advocate and community organizer