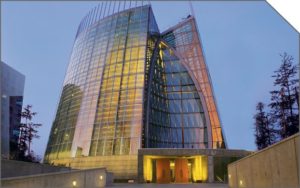 Pope Francis made quite a splash in his recent visit to the United States. He has never been one to shy away from difficult issues that confront Catholics and non-Catholics alike, and his time in the US was no exception.

Of particular interest to Catholic Charities of the East Bay, Pope Francis highlighted the issues of immigration, and the global refugee crisis. As a church, he has reminded us of Christ’s teaching in Matthew – “For I was hungry and you gave me food, I was thirsty and you gave me drink, I was a stranger and you made me welcome.”

As a community of faith, we are often asked, “Where do we go from here?” At a press conference on Tuesday, Bishop Michael C. Barber announced a very important event that is a direct response to Pope Francis’ challenge.

“In an effort to help move our immigrant sisters and brothers ‘out of the shadows,’ the Diocese of Oakland will host a free ‘Citizenship Workshop’ and ‘Deferred Action for Childhood Arrivals (DACA) Workshop’ at the Cathedral of Christ the Light on October 17th. In partnering with Catholic Charities of the East Bay and the Oakland DACA/DAPA Project, we are building bridges with other community organizations.”

“Pope Francis’ words have drawn attention to the growing number of immigrants who live in the East Bay in an unauthorized capacity, living in the shadows as they toil in jobs that would otherwise go unfilled,” continued Bishop Barber. “We have an obligation as a church and a community to shine the light of God on our brothers and sisters who live in the shadows, to welcome them, and to affirm their human dignity.

“We know that there are over 100,000 undocumented immigrants in the East Bay,” explained Chuck Fernandez, Chief Executive Officer of Catholic Charities of the East Bay. “Living in the shadows denies these immigrants with many basic human rights, often keeps families apart, and undermines their human dignity.”

One of Catholic Charities’ immigration attorneys knows first-hand about living in the shadows. Vanessa Manzi-Pumar is a “Dreamer” – one of the 700,000 youth nationwide to receive DACA status.

“I came to the United States with my family when I was twelve,” she explained. “But unfortunately, we received bad legal advice in our efforts to obtain permanent residency.” The result for Vanessa and her family was devastating, and they remained in the country without authorization.

“It was difficult living here undocumented,” she continued. “Without legal status, I could not legally go to school, get a driver’s license, or work. And I lived with the stigma of being undocumented.”

Vanessa stressed the importance of DACA in her life, which is truly inspiring. She went on to graduate from law school and become the first “Dreamer” admitted to the State Bar of California. She now practices immigration law for Catholic Charities of the East Bay, helping others like her.

We are proud of Vanessa and our entire immigration legal team. We are excited about the Citizenship Application and DACA Workshops this weekend. Most of all, we are eager to implement the vision of Pope Francis in our diocese as we continue to be “Christ’s church in the street.” 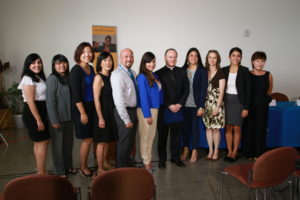