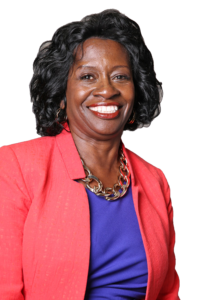 The Most Reverend Michael C. Barber, SJ, was ordained to the episcopate and installed as the fifth Bishop of Oakland on May 25, 2013 in the Cathedral of Christ the Light.  He entered the seminary of the Society of Jesus (Jesuits) in 1973. He received his undergraduate degree from Gonzaga University in Washington, and graduate degrees in theology from Regis College at the University of Toronto and the Gregorian University in Rome.

After being ordained a priest in San Francisco in 1985, Bishop Barber continued his studies in Rome and at Oxford University. In 1991 he became a commissioned officer in the United States Naval Reserve and achieved the rank of Captain in 2012. In addition to his native English, Bishop Barber speaks Italian, French, Samoan, and liturgical Spanish.

Jim Jones joined the Board of Directors in 2015. Jim enjoyed a long and distinguished career at Del Monte Foods.  Most of his 47 years with the company were spent in sales and sales management throughout the country. Jim proudly served his country with two years of active military duty in the US Army.

Jim is motivated by Catholic Charities work helping families in crisis overcome some of the obstacles to reaching rewarding and fully productive lives.

Jim Fiedler retired in 2017 from the Santa Clara Valley Water District. Over his 34 year career he amassed leadership, management and engineering experience in the areas of water supply, flood protection and public financing. Mr. Fiedler is an active member of St. Isidore Parish and enthusiastic about Catholic Charities. He presently serves on the San Francisco Bay Restoration Authority Citizens Oversight Committee and as Officer Emeritus on the San Francisco Estuary Institute Board. He has served on a variety of professional boards. He also served on the Contra Costa County 2018-2019 Civil Grand Jury. He currently volunteers with the Knights of Columbus and AARP Foundation Tax-Aide.

David Katreeb has spent over 20 years in the technology industry. He earned a BS degree from the University of California at Davis and earned a MBA from Notre Dame de Namur University. He is an active member of the Knights of Columbus and is honored to work with Catholic Charities in their continued support of the families in need in our community.

Steve Wilcox is Bishop’s representative to the Board and is the Chancellor of the Diocese of Oakland.  Steve is a retired senior executive of Accenture, LLP.  Steve is actively involved in many social justice causes, including Covenant House and Cristo Rey De La Salle East Bay High School, which uses a corporate work study model for college prep education for children from low income families.

Margaret Peterson
Secretary of the Board

Margaret Peterson brings a strong understanding of business and community development to her role as CEO. A graduate of the University of Arizona, she is the Chief Executive Officer of a global B2B Consulting firm she founded to help businesses navigate equipment and technology leasing, process improvement and cost savings analysis.

Marianela Carter, DDS, is active in public health and is the owner of a dental practice.  She is a graduate of Howard University and is known for leadership development,  teaching, and coaching.

Nancy Cecconi joined the Board in 2019.  She is a registered nurse in the field of pediatrics and OB. She earned her BSN from St. Mary’s College in Los Angeles.

Wendy Levich is currently the Business Manager at St. Perpetua Parish in Lafayette.  Wendy earned a BBA from the University of San Diego and a MBA from Holy Names University.  Wendy has been a dedicated volunteer for 25 years and has worked with many non-profits including Hope Solutions and Students Rising Above.  She looks forward to working with Catholic Charities.

Mary Olowin, MD, specializes in child and adolescent psychiatry and brings her passion for social justice and issues involving young people to the Board of Catholic Charities. She is an active member of St. Perpetua Parish in Contra Costa County. Mary joined the Board in 2018 and now serves as Vice Chair in addition to leading the Program Committee.

Father George Schultze studied at the New York State School of Industrial Relations at Cornell, received an MBA from UC Berkeley, and completed a doctorate in social ethics at the University of Southern California. Before becoming a Jesuit, Father George worked for the National Labor Relations Board in Oakland. As a faculty member at St. Patrick’s Seminary in Menlo Park, his research and teaching focus is on family life, work life, and Catholic social doctrine.